Waterlooville – How did it get here ?

Way back in the annals of time Waterlooville was no more than a meandering track cutting through the Forest of Bere and leading South towards the City of Portsmouth. The track served as the link Between London and Portsmouth and was heavily used as people from London migrated South in search of work in the Naval docks situated in the City. 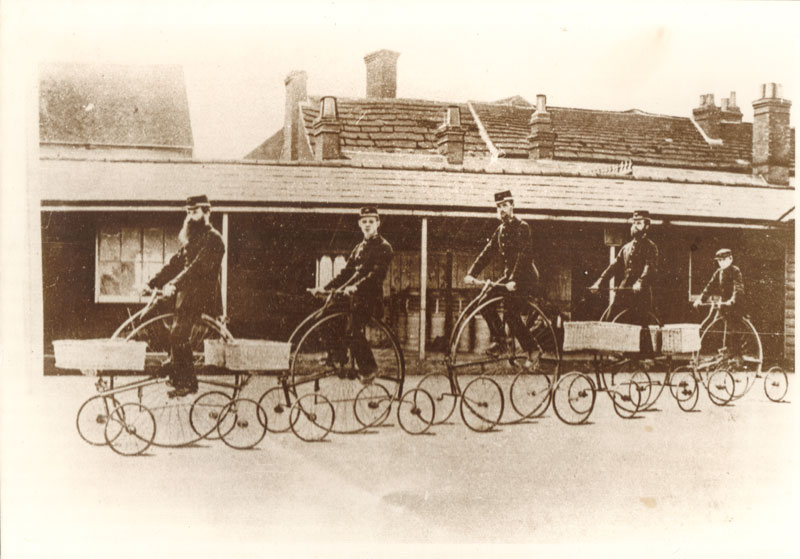 The whole forested area sat snugly between the South Downs (Between Butser Hill to the North and Portsdown hill to the South) Because of this, its little wonder that many tiny hamlets and villages began springing up.

Dating back to around the early part of the 19th century, after the whole area was divided into plots and sold for building, the first pub built was named “The Heroes of Waterloo” and the settlement of Waterloo was created (Named after Wellingtons famous battle of Waterloo) the “Ville” was added later to distinguish it from another place of the same name.

Good, Bad, and Quite pretty

Great news for the residents, because they lived outside of any Parish the inhabitants didn’t have to pay any rates (which explains why it very quickly became a desirable place to live. Bad news for some however, who had to wait until 1831 before the first Church of England was built (St Georges Church) It still remained a pretty place to live because it was carved out of the Forest and offered a stark contrast to the City of Portsmouth a mere 8 miles away.

A modest growth throughout most of the latter part of the 19th century saw more roads built, the first school appeared which pleased the local parents and those of a religious persuasion were treated to an extra 2 Churches! (maybe it was a buy 1 get 1 free offer).

Good, Bad and Quite pretty (revisited)

Having learnt from their previous experience of “if you build a pub people will want to live there” (re-The heroes) they tried the same trick a bit further North by building another pub in the late 1860’s called The Spotted Cow, again, this was a success as people again decided that living near a pub was pretty cool.

What people weren’t so pleased with however was the dividing of Waterlooville into 2 parishes meaning they would now have to pay rates (still, going half a century rate free wasn’t so bad was it?).

There must have been something good about all this though because by the turn of the 20th Century it’s population had risen by over 300% (Ed. thats over 3 times more).

Horndean (a few miles to the North) had long been a village due to Horses being so knackered after having climbed over Butser Hill and was the proud owner of a brewery! This had existed since as long ago as the 1720’s, clearly, once you have climbed a big hill, whether it was on horseback or not, the first thing you need is an alcoholic beverage (try it yourself, find a great big hill and climb it, its odds on the first thing you will want is a pint of beer) Early settlers weren’t stupid.

By now things were really beginning to take shape. Modern amenities such as Gas street lighting (1904) and piped Water appeared, it could even boast its own golf club! (1907). And the Horndean light railway was built (1903) so now it was a lot easier to travel between Horndean and Portsmouth (And of course, City dwellers were now able to escape to the country so that they could sample clean air once again. By the late 1950’s the population of Waterlooville was still fairly small…….All this however was about to change…….. 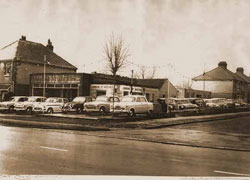 In 1951 the official census popuation of Waterloovile was 2,881. By 1971 this had grown to over 10,000! New estates such as the Berg Estate to the West, Highfield to the North and Purbrook Chase to the South all sprung up making it one of the quickest growing districts in Britain. Cowplain and Horndean also experienced large growth spurts as people from other parts of the country flocked to live there.

During the 60’s many shopping precincts were also built to cope with the demands of the ever growing populace (and of course, more pubs) an industrial estate was also built this decade.

During this decade 2 massive housing projects were launched, one to the NorthWest (which was built on Wecock Farm) and one to the South (Crookhorn) These were ‘overspill’ estates built to help ease Portsmouth’s ever increasing housing shortage. But it was clear that growth in Waterlooville and its surrounding area was by far outstripping housing.

Even more housing was built to try and cope with population demands, the whole of the Eastern side of Waterllooville was transformed as Stakes hill lodge and Tempest were built, leaving the gap between Havant to the East worryingly small.

And what of today ?

Eastward, thankfully, Waterloovile now has a manmade barrier between itself and Havant in the form of the A3(M). The area heading North is now mostly populated (The Queens Inclosure being the last remaining part of the original Forest of Bere). In 2007 the population of Purbrook, Waterlooville, Cowplain, Horndean and Clanfield stood at around the 25,000 mark.